Another kidding season brought a trip down to Deep Gap North, Carolina for some baby goat play times at my Uncle Frank’s place. I was able to combo the trip with a work conference in Asheville, so after soaking in all the local beer that Asheville had to offer headed off  for 3 days of goat farm fun.

This year there were 21 babies! I unfortunately missed the last birth by 4 days but there were still plenty of cuteness to go around. I usually have a favorite but this year there were just too many to pick. Though Einstein (the first of the babies to be born) took a liking to me so just don’t tell him (see the picture of him nibbling my face below).

The one sad note was that a few weeks earlier Holly (one of the dogs) passed away. She likely ate some dead animal in the woods and had already passed when Frank and Barb were up in the morning. Gabe had a close call but after a few days at the vet couldn’t be better. And in fact I think he is happier now than she is gone. He’s the most playful I’ve seen him yet. We took some down time in the afternoon and hiked to the ridge, him playing and running around the whole time. Master of his domain.

Thanks baby goats. It was great. Until next year! 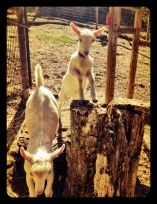 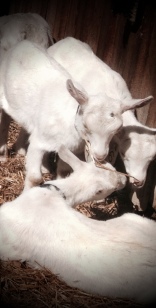 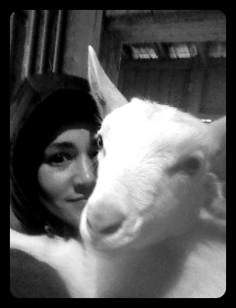 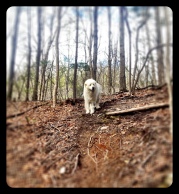 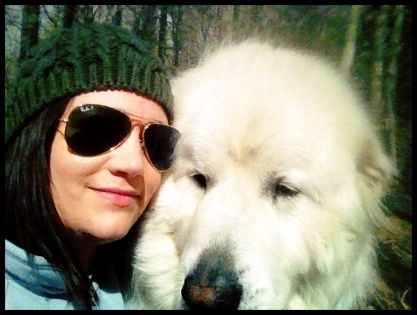 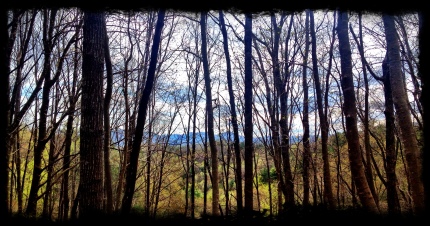 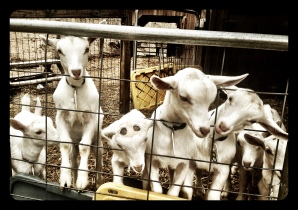 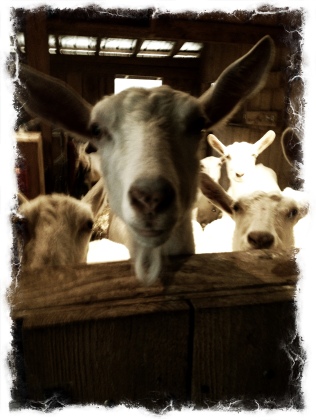