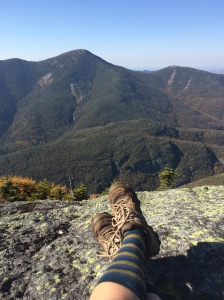 Nothing says hiking the ADKs like Fall Foliage Season. It is prime time so I decided to do an epic 16 mile loop from ADK Loj, through Avalanche Pass, past Lake Colden, up “Misery Mile” to Mount Colden Summit and down via Lake Arnold.

This hike has it all: three lakes, deep forests, high cliffs, bridges attached to a cliff face, fall foliage, some serious elevation gain to kick your ass (a.k.a. misery mile) and one hell of a summit view. Has to be one of my favorite and most unique loops to date. It is the hard way up but well worth it!

I had a few hiccups in the morning that pushed me out on the trailer a bit later than I like to be, especially this time of year with the shorter days. Note to self the Essex/Charlotte Ferry is now on fall hours so while I wasted prime daylight, then found out the next ferry wasn’t coming for an hour (on to the bridge). And who would of thought the parking lot would of been full before 8am! Yep that added an extra two mile round trip to my hike.

But after that the first few miles go by quick to Marcy Dam. It’s mostly flat, well worn and pretty – albeit too much traffic for my taste. But some very nice fall foliage.

Then heading off to Avalanche Pass Trail. It has a couple of steep pitches, and some rocky sections (a.k.a. slow moving for footing) but for the most part it is easy going until you hit Avalanche Lake. It was simply breathe taking. I spent my sweet time enjoying the Lake, views, the bad-ass bridges hitched to the side of the cliffs, and generally enjoying the moment. Being 5+ miles in it gives you the illusion you’re making great time. Oh just wait until Misery Mile (more to come) and in fact it is all about the elevation change and nothing to do with mileage. Why must I keep learning this lesson?! 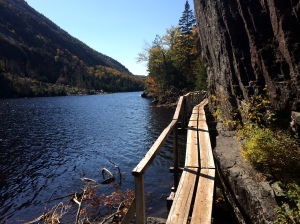 Once past Avalanche Lake it is a quick jaunt past Lake Colden. Yes, another beautiful view and the logs “bridges” right on the edges of the lake before splitting off to go up to the summit.

Now 6+miles and only 1.6 to go to the summit – however nearly all the elevation change is in less than a mile of that. Misery Mile is no joke. About 2000 feet in elevation gain in a grueling, unrelenting, steep climb.  Not to mention that it was wet and slippery. Yep, I earned my view in this section. The Lake Arnold route is by far easier but Avalanche Pass and Lake Colden make this route  one of the most spectacular and interesting circuits in the ADKs.

Just when you think you’re done – because it does ease off a bit – you’re greeted with a bare rock climb (arctic-alpine zone) where paying close attention to the markers is key. It is easy to lose the trail and there is only one route to the ladder that makes it possible to get past the cliffs.

But it was so worth it. The summit gives you grand views of Lake Colden, Flowed Lands and Avalanche Lake and the MacIntyre Range of Algonquin, Wright and Iroquois opening up in front of you. It was 80’s, clear, sunny and hardly a breeze. Made for one hell of a view. And the fall foliage to the north was vibrant even if my pictures don’t do it justice. 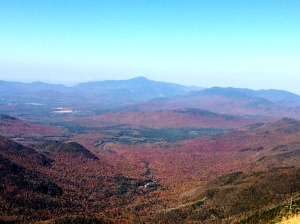 Descending down the other side via the L. Morgan Porter Trail to Lake Arnold. That junction is not well marked (the guide books weren’t joking), so after a quick detour into the woods I was on my way. I didn’t take one picture down. I was running short on time and I wouldn’t say it was easy but nothing compared to the ascent. If I had more time I would of taken a swim in Lake Arnold. On a 80+  Autumn  day it would of been perfect.

After Lake Arnold it is a 1.1miles to the Avalanche Lean-tos where it finally levels off (with easier footing) to Marcy Dam. And from there a quick run to the  ADK Loj. I made it out without my head lamp but did need to break it out for the extra mile to my car.

My new hero: the 84 year old man that I met on the trail. Love him and hope to be still hiking at his age.

Disappointment: I stopped to grab some dinner only to realize they served me cold food once I drove away. Nothing like looking forward to some warm, greasy, food only to have it be stale and cold.

The Quest of a Solo ADK46er: Met a 60(ish) year old woman who just completed her 46th high peak the week before. She did it all solo and with no camping. Yes it is possible. #justsayin 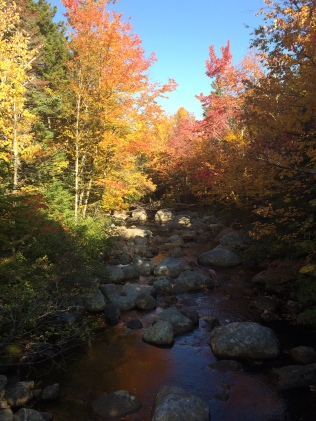 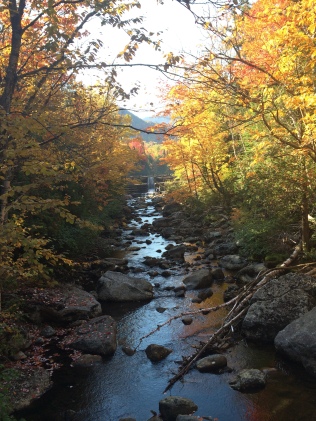 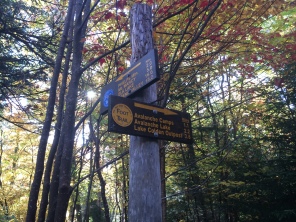 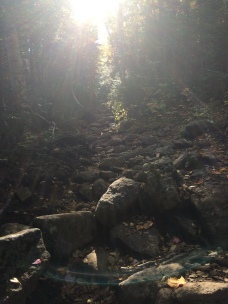 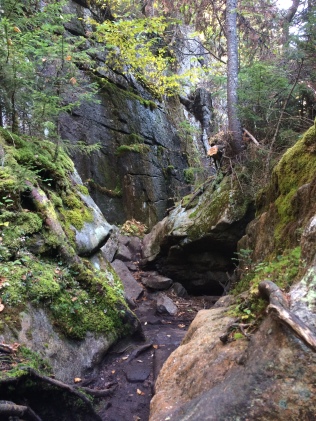 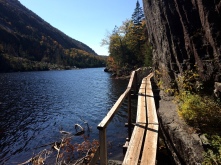 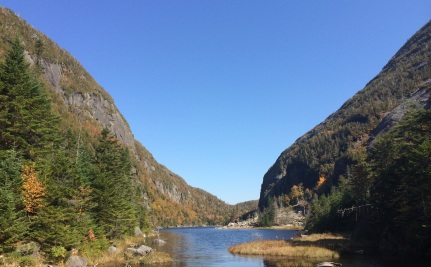 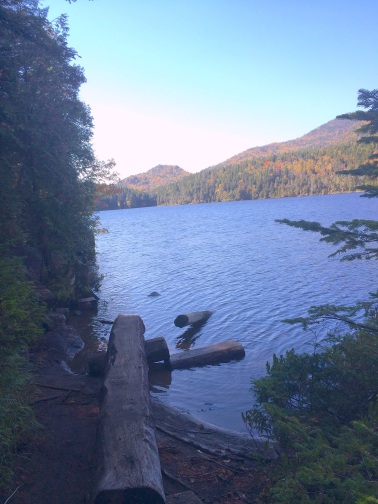 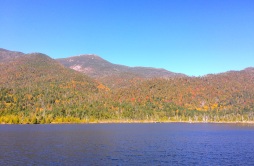 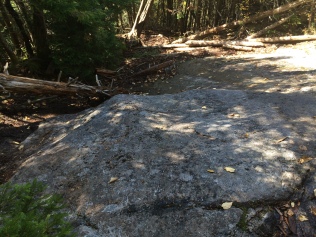 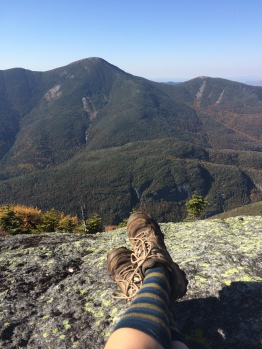 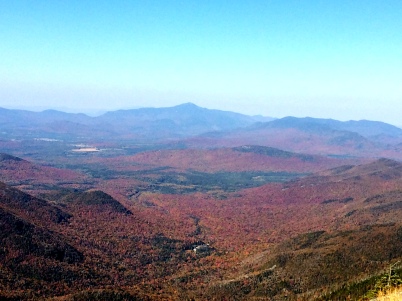 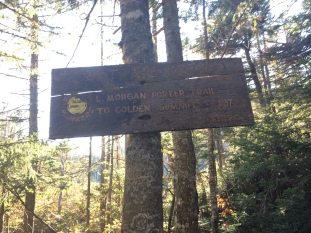